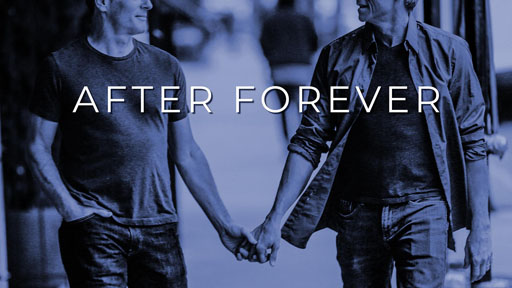 With a tag line that reads, “A story about love, loss and new beginnings,” the series chronicles the journey of a gay couple, their group of friends, and how they deal with the losses in their lives.

Kevin chats with me about After Forever in this episode of The Randy Report.

Fans know Kevin not only from his long-running role as "Dr. Craig Wesley" on Days of Our Lives, and films like the Friday the 13th series, but he's also an Indie Series Award winner and garnered an Emmy nomination for his work on the digital series Winterthorne; plus there's his many appearances on Broadway in hits like A Chorus Line, Hairspray, Meet Me In St. Louis and The Boy from Oz where he stood by for superstar Hugh Jackman.

He’s also had a second parallel career as a producer of projects like staged readings at the New York Shakespeare Festival (starring Meryl Streep no less!), and was on the producing teams that brought the Finian’s Rainbow revival as well as Priscilla Queen of the Desert to Broadway.

For more info about the show, head to the official website AfterForeverTheSeries.com